With a high level of integrity, we are dedicated advocates for our clients.

Our General Practice law firm has over 86 years of experience and strong established relationships in both the Indiana State & Federal Court system. We will help you understand if what you are seeking is reasonable, and do everything we can to help you find justice. We have two office locations in southern Indiana.

Morrie graduated from Indiana University School of Law, Bloomington, IN in 1976. He has been practicing law in Federal and State courts in Southern Indiana for over 40 years. Morrie’s primary focus is civil law, specifically litigation, business law, family law, estate planning, and bankruptcy. 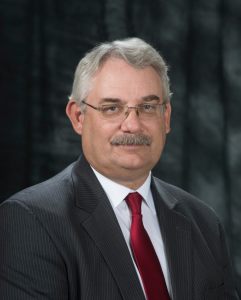 John graduated from Indiana University School of Law, Bloomington, IN in 1983. He has been practicing law in Federal and State courts in Southern Indiana for more than 35 years. He previously served as the Knox County Prosecutor for 18 years (1996-2014). John’s primary focus is criminal law.

While at Dayton, Aaron was a Law Review Staff Writer, Comment Editor, and his own Comment was selected for publication. He also received five Cali Awards for achieving the highest grade in each of those classes.

Aaron received his MBA from Butler University in 2005 and his BA from Wabash College in 2001. He graduated from South Knox High School in 1997. Aaron also completed a two-year service in the United States Peace Corps in the Eastern Caribbean from July 2006 to August 2008.

What clients have to say about working with us.

What clients have to say about working with us.

I was very impressed with the way they were able to take care of all my legal needs quickly and efficiently. They have also continued to keep in contact with me to make sure that all my accounts are maintained and to see if I have any questions or concerns. I would recommend them to any of my friends or family!!
- Austin M.Client
Doll & Sievers were a huge asset to me and my family. Options appeared limited and the likelihood of a satisfactory resolution seemed like a longshot to impossible. They proved otherwise... Doll & Sievers are a winning combination. Would recommend their combined experience and service to anyone. They are responsive and highly committed to helping folks with total professionalism.
- Brady F.Client
Aaron Doll fixed and issue in less than 2 hours that 2 other attorneys could not seem to resolve in 2 months. I'm very appreciative.
- Steven L.Client
I have used Aaron Doll for legal advice on several occasions and he has never let me down.
Josh C.Client
We have used Aaron and Morrie Doll as counsel in the past, as well as worked in cooperation with them for clients. We have always expereienced professional service and results.
Aaron W.Client
Great experience with this law firm. Even little questions are handled with sincerity, care, and professionalism.
Amy N.Client

Get a FREE consultation today!

We offer a 30 minute free consultation.

The best time to consult an attorney is as soon as you think you might have a case or need legal help. Don’t delay and put your outcome at risk.